This route has no real complications with the exception of the zigzag ascent of the Sierra de la Caldilla. Most of the itinerary is on well-defined dirt roads in good condition but some sections of surfaced road are included.

It starts from the upper part of Higuera de Albalat on lanes bordered by stone walls which penetrate the Sierra de la Caldilla on a forest trail. Here a steep zigzag climb begins through an upland area which is being transformed from a eucalyptus wood to an autochthonous one of holm and cork oaks. We thus come to the highest point of the route, the Collado de las Tejoneras, from where a descent of the sierra begins to the El Frontal Reservoir to continue under the bridge of the A-5 motorway and along the “cork oak trail”, a refuge for imperial eagles, vultures, and owls, to Casas de Miravete. On the way we can see the ruins of the Church of Santiago de la Piñuela, the only surviving vestige of a small village which was destroyed by the War of Spanish Succession in the early 18th century. After exploring Casas de Miravete a visit should be made to the Monfragüe Geology Interpretation Centre so as to get to know the geological history, the Appalachian relief, and the Armorican quartzite sierras which cross the Monfragüe Biosphere Reserve. Now we have rested our legs the route continues towards Romangordo; we pedal on tarmac for 3 km and once we have passed the motorway bridge we take the turning on the right to the La Canaleja Gorge, a magnificent riverside wood of leafy trees which form a tunnel of vegetation. The Pontezuela Bridge takes us to the centre of the village of Romangordo, where we can visit its Interpretation Centres (Casa de los Aromas, Route of the Englishmen, and Ecomuseo Casa del Tío Cáscoles) and also its open-air museum of murals referred to as trampantojos. From here back to the starting point only 3 km remain on an easy trail for the finishing touch to the route. 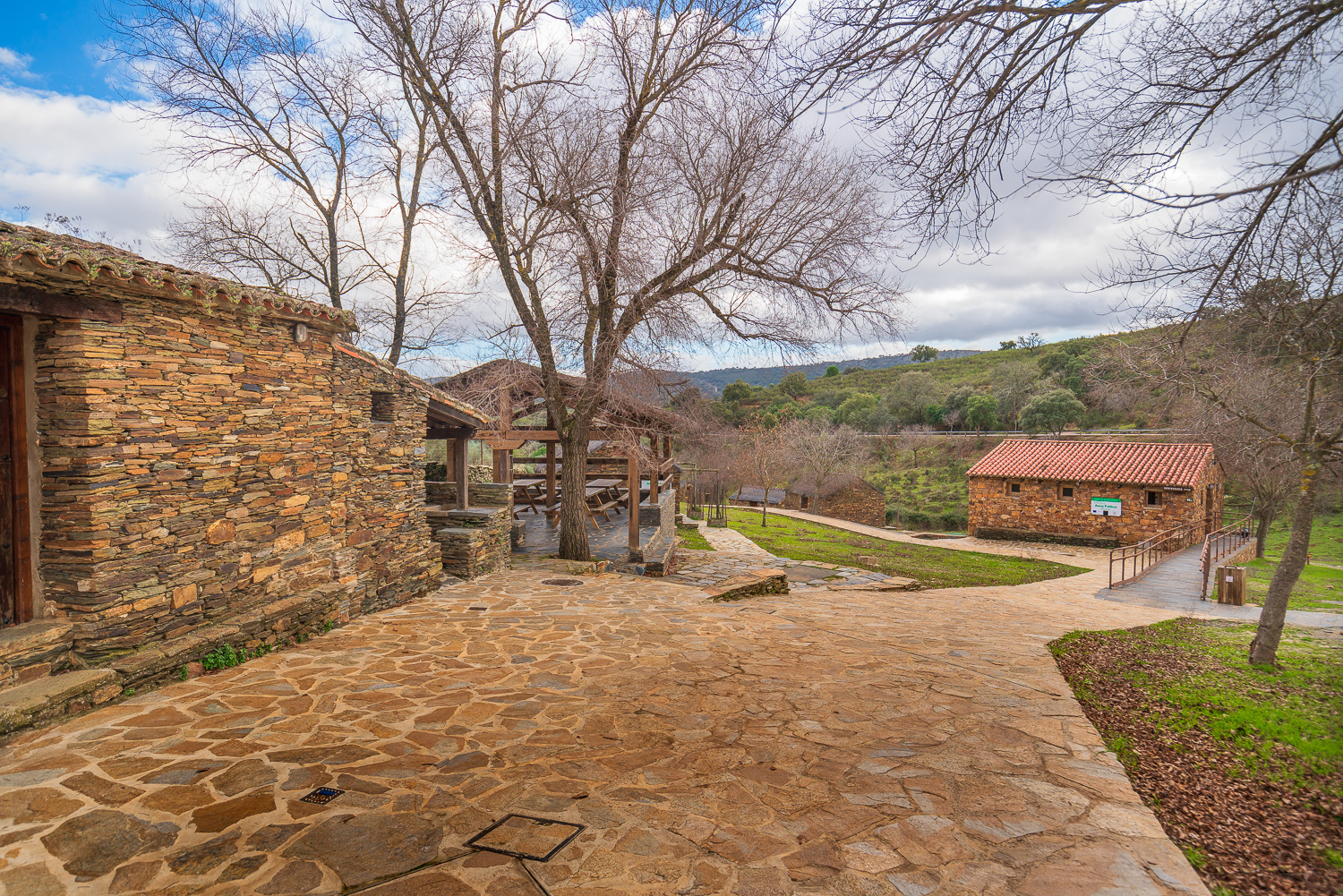 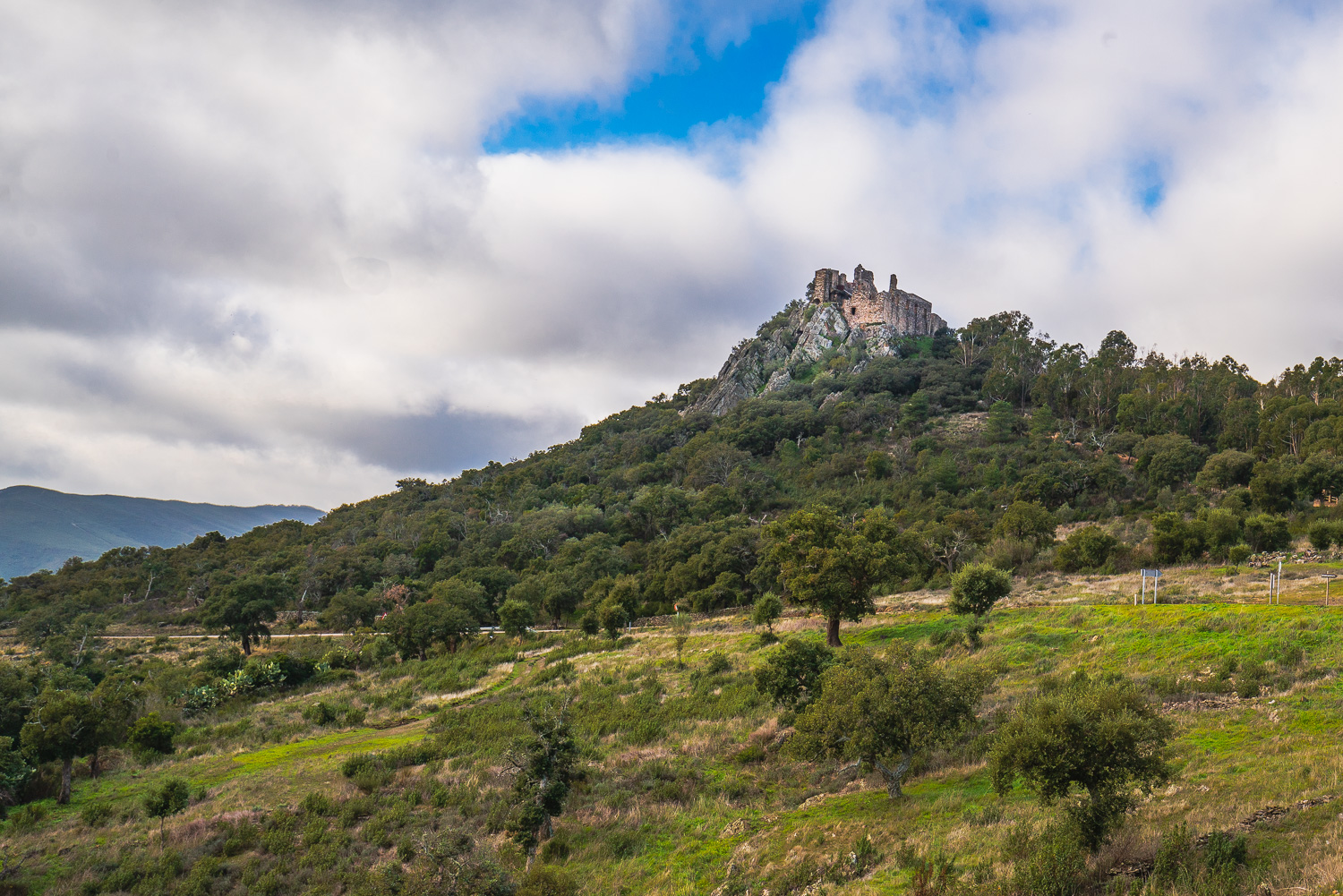 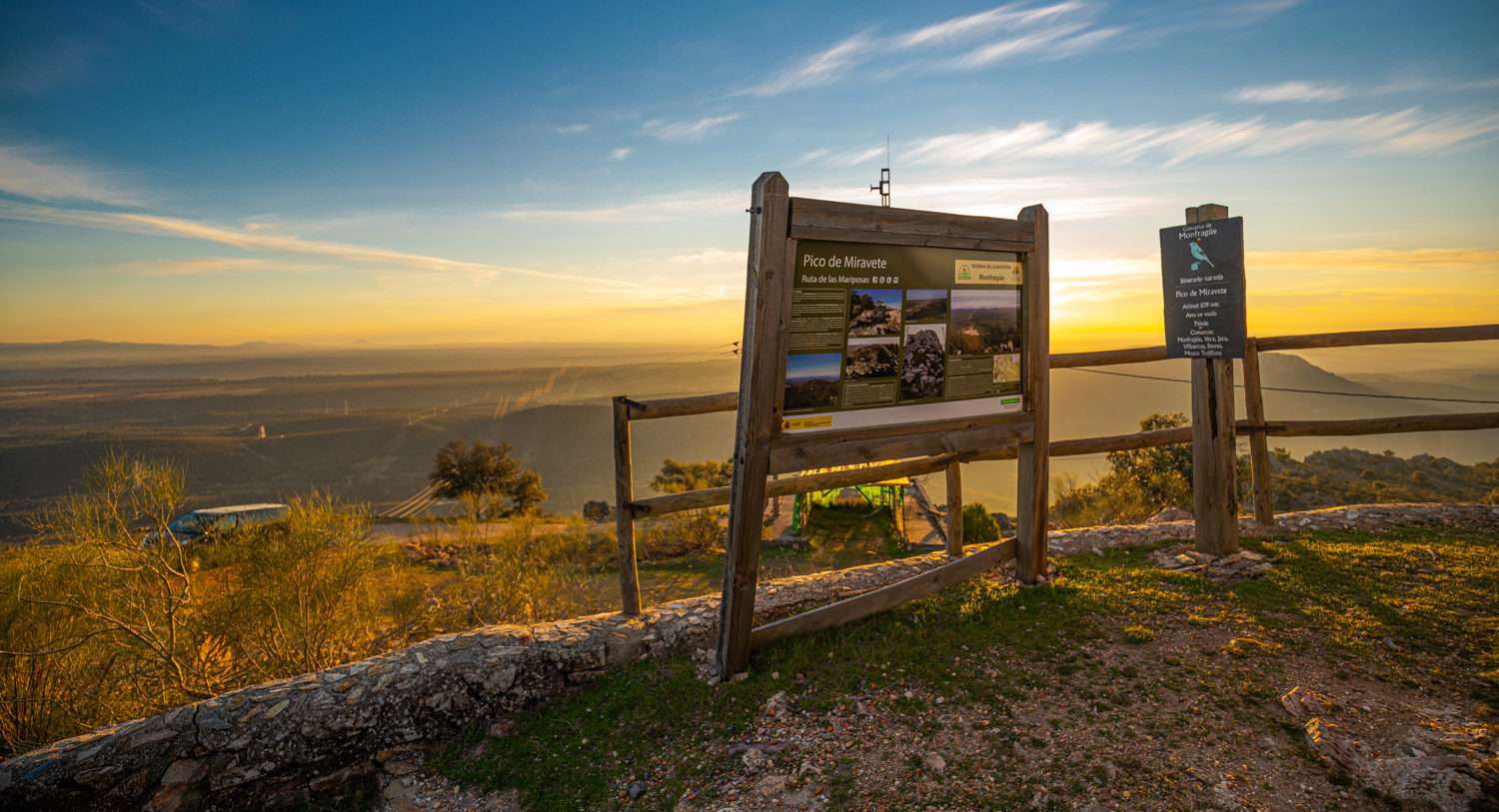 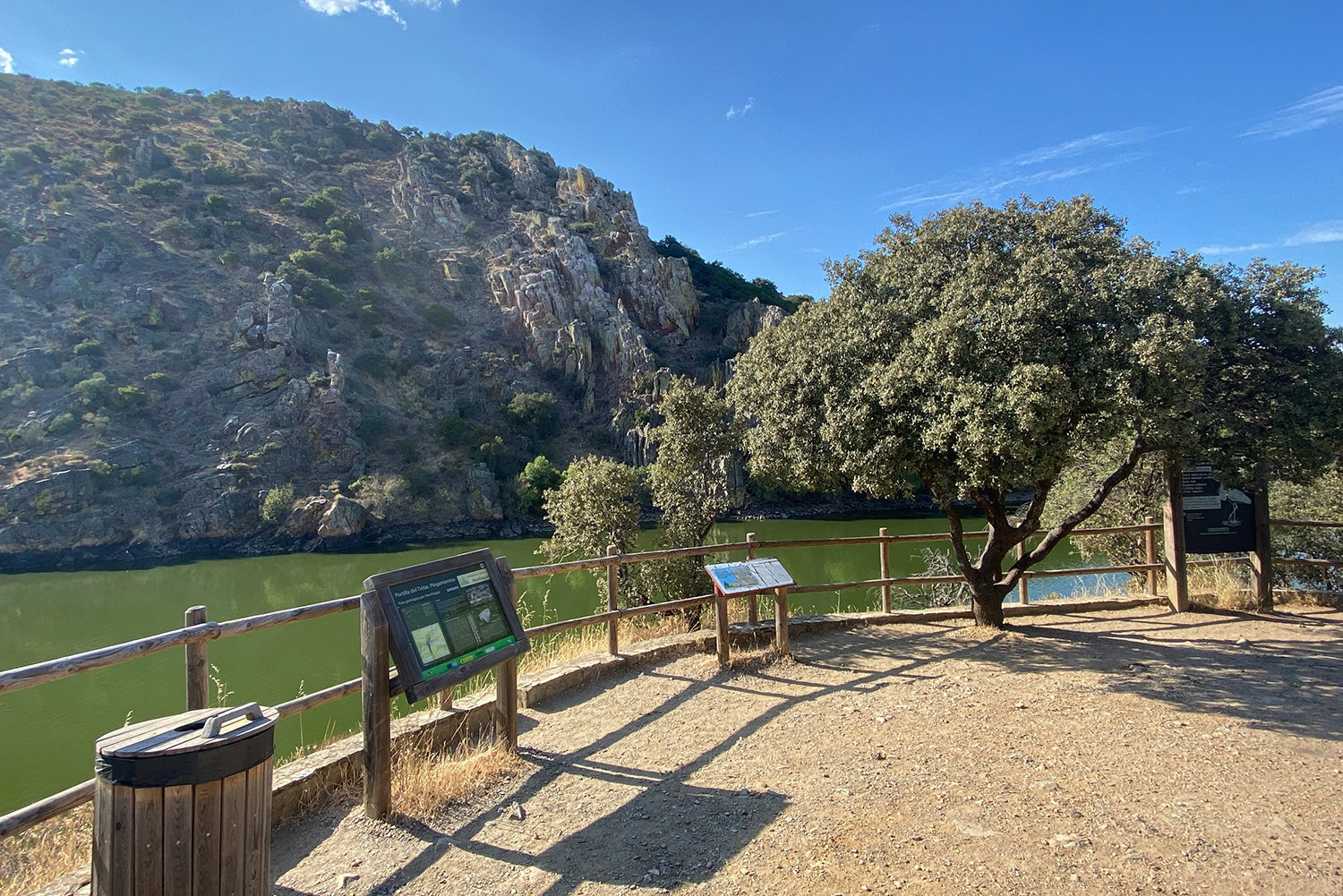